A rescue effort has been launched to free thousands of young salmon trapped in the Caledonian Canal in the Inverness area – after their plight was spotlighted as a result of the lockdown.

The Ness District Salmon Fishery Board is leading the effort with the help of Scottish Canals.

The canal is currently closed to boat traffic due to Covid-19 restrictions and the lock gates are not operating. This has led to exceptional water clarity which has enabled the scale of the problem to become apparent. 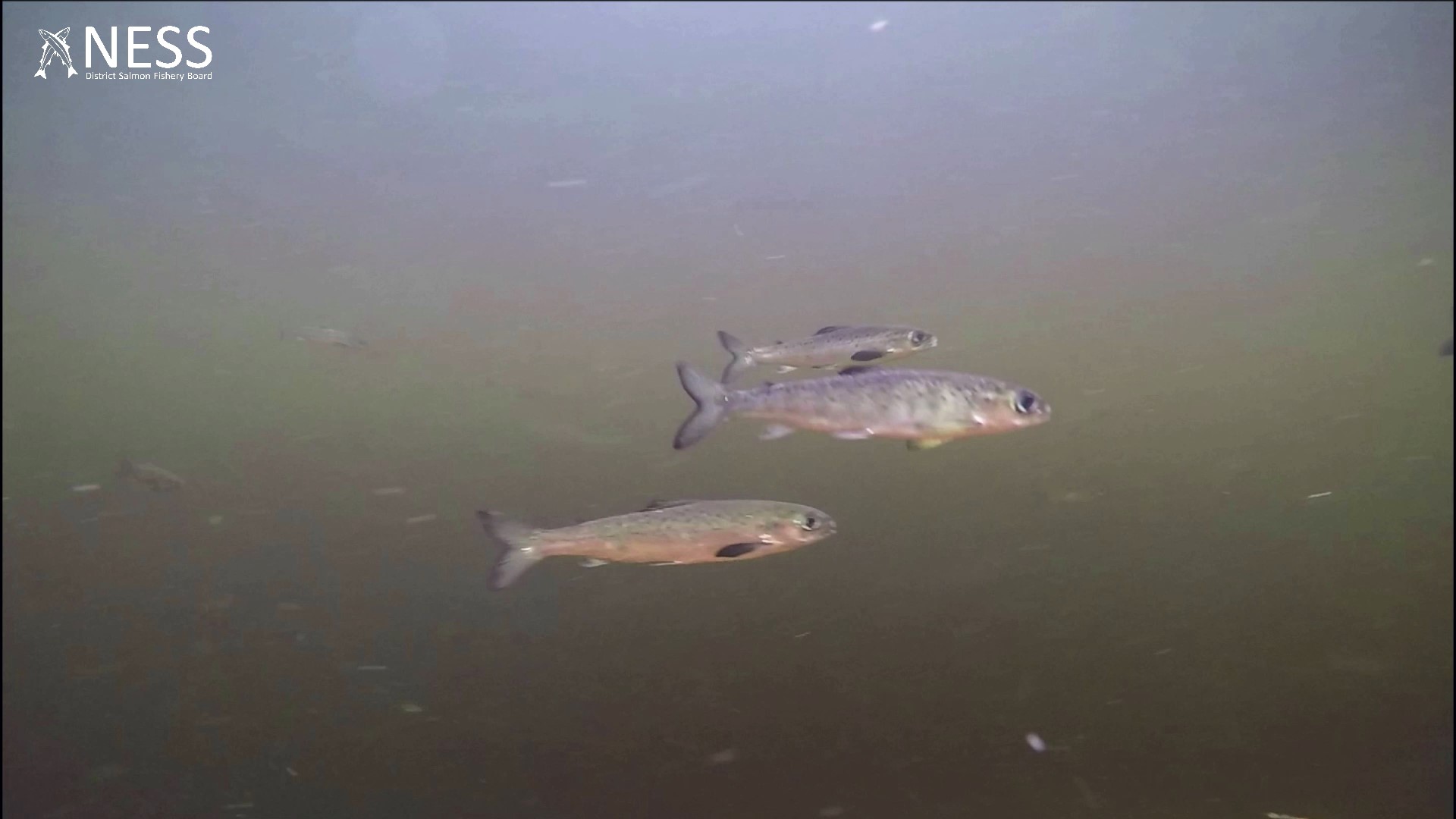 Salmon smolts in the Caledonian Canal below Dochgarroch Locks.

“Thousands of young fish are trapped in the canal between Dochgarroch and Muirtown Basin”, revealed Chris Conroy, the Ness Board’s river director.

“Between March and June each year the largest juvenile salmon, known as parr, drift downstream in shoals towards the sea. During this journey their bodies lengthen, their fins darken and they become more silvery in colour, and the fish then become known as smolts.

“But the canal and the rivers of the Ness system are interlinked in a number of places, creating bottlenecks where smolts may drift into the canal mouth rather than continuing down the river.”

He added:”A series of ‘smolt passes’ was built in 1869 to provide a route for trapped smolts to escape back into the river – but it seems a significant number are still entering the canal system.

“It’s a huge issue for the future of salmon and the angling industry which makes a vital contribution to the local economy.”

Ness Fishery Board  has successfully approached Scottish Canals to ‘flush’ the canal system twice daily by opening large sluice gates on the lock gates at Muirtown and Clachnaharry.

This ‘flushing’ will, it is hoped, create flow and encourage young salmon to move downstream to the sea.

“The problem is that we have a very narrow time frame in which to act”, he  explained. “The fish have a limited period of physiological readiness in which they must enter the sea. This time window may be as short as a week.

“Young salmon missing this window won’t make it to their ocean feeding grounds as far away as Greenland. Their migration being obstructed also leaves them open to attack from birds, other fish and mammals.”

The Ness Board team has attempted to net the top chamber at Muirtown Locks to physically capture and relocate the trapped fish – a hugely difficult operation due to the size and depth of the canal. Netting smolts out of a lock chamber at Muirtown.

Some 300 trapped smolts have been captured so far and released back into the River Ness at Bught Park, and the operation is continuing apace. 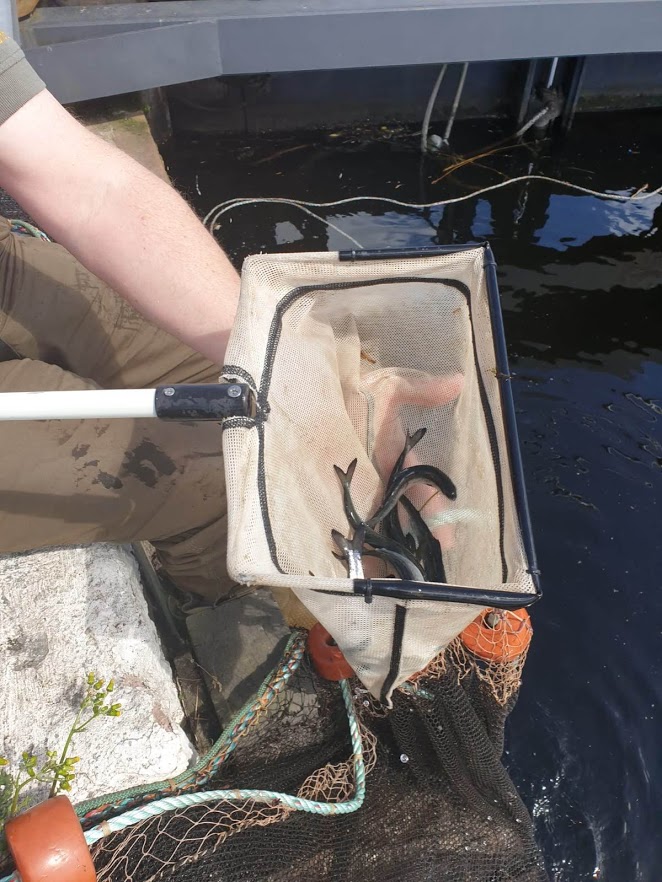 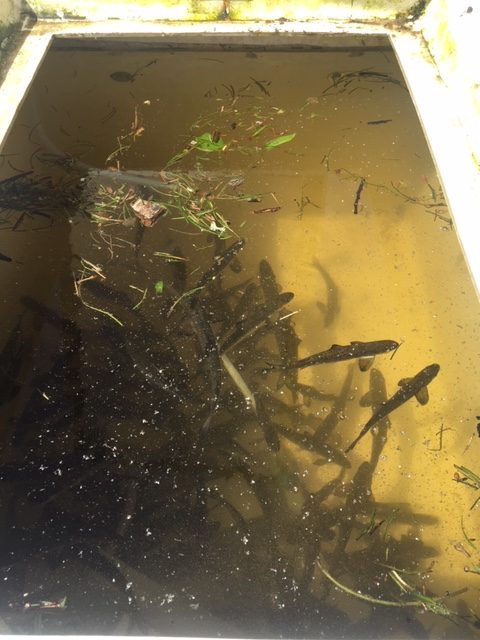 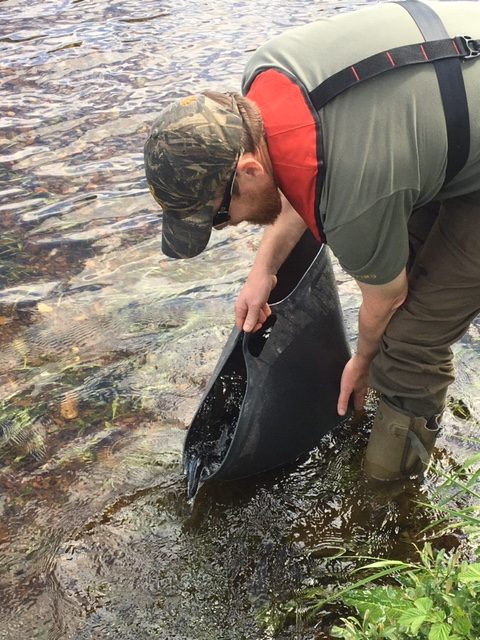 Rescuing smolts before releasing them into the River Ness to continue with their journey.

Mr Conroy commented:”Many believe the iconic wild Atlantic salmon is at crisis point due to the worrying decline of adult fish returning from sea to rivers.

“That makes it vital that we maximise the number of smolts escaping into the sea from our area. We look forward to working with Scottish Canals and others to investigate options to prevent smolts from entering the Caledonian Canal in future years.

“This will reduce mortality and offer a much-needed boost to the Ness salmon populations.”

A Scottish Canals spokesperson said:”Scottish Canals recognises the environmental, economic and social importance of salmon and other fish populations in the River Ness area.

“We are very grateful for the expert fisheries support from Ness District Salmon Fishery Board while the Caledonian Canal is closed during lockdown restrictions.

“When the current situation eases, Scottish Canals looks forward to working in partnership with the relevant parties to find a long term, operationally effective, safe and affordable solution to manage smolt movements.”