For the first time in over 60 years no salmon were taken by netsmen in the Inverness Firth during the 2013 season – and a new agreement has been reached to extend a key salmon conservation measure for a further year.

The Ness District Salmon Fishery Board, working in partnership with the Beauly District Fishery Board, has reached agreement with two key net and cobble operators to close their stations for the entire 2014 season through to May 2015.

Chris Conroy, Director of the Ness board, said: “The total number of salmon reported by nets in our area in 2012 was 542. This number was reduced to zero in 2013 as a result of a landmark salmon conservation agreement.

“This is the first time in at least 61 years that no fish were recorded by our net fishery, making this a major milestone in salmon conservation and a real boost for the Ness and Beauly systems.

“Being able to extend this agreement for a further year is excellent news for all with an interest in wild salmon populations and is pivotal to our strategy for reversing the decline of the Ness population.

“It illustrates how netsmen and rod and line interests can work together in the name of salmon conservation. We are also actively investigating joint research opportunities with the netsmen, so that their skills and experience can be used to further our understanding of salmon and sea trout movements with the Firth.”

The netsmen are Sandy Patience, operator of the Kincurdie station off Rosemarkie, and Graeme Sutherland, operator at Longman Point, close to Inverness Caledonian Thistle FC stadium. 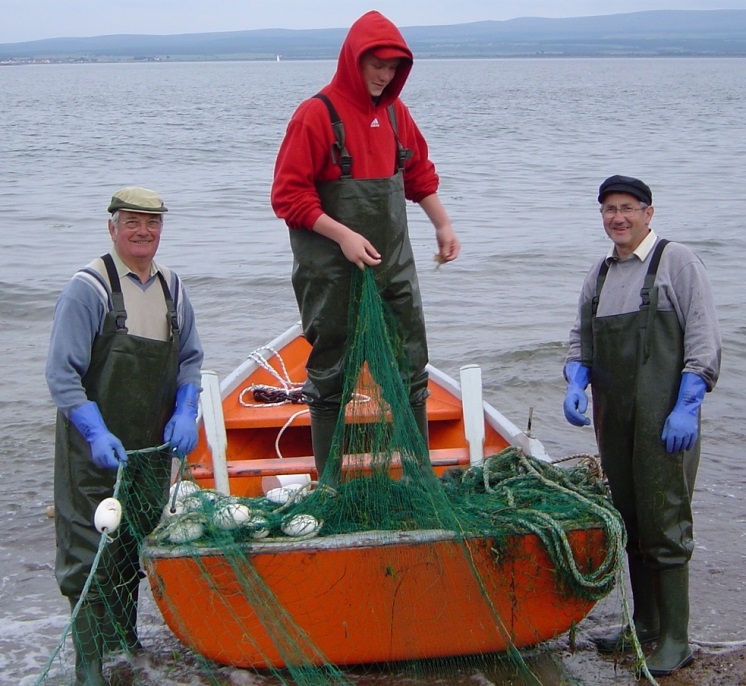 Mr Patience said: ”Graeme and I feel it is important to renew the agreement with the Board in the interests of conservation, given that fish stocks are at such a low level.

“It is 35 years since we acquired the salmon netting station at Kincurdie, and in that time the level of netting has declined significantly right along the east coast.

“The angling fraternity differ from the netting fraternity in many ways but Graeme and I reckon it is worth both sectors working together to try to improve stock levels.

“We’d like to see the Board obtain funding to commission fresh research into why stock levels are at such a low ebb.”

Michael Martin, chairman of the Ness District Salmon Fishery Board, said: ”It’s extremely satisfying that the netting  agreement has been extended and that Mr Patience and Mr Sutherland have agreed once more to work with the board.

“This marks continued progress and we’re grateful to the netsmen for their actions. This makes it significantly easier for fish to make their way from the sea into the Ness & Beauly systems.

“The agreement underlines our continued determination to counteract the decline in numbers of Ness salmon. It is one of a series of initiatives which we hope will help.”