The Ness District Salmon Fishery Board is a statutory body responsible for the protection and enhancement of salmon and sea trout fisheries in the Ness District. It was constituted under the 1862 and 1868 Salmon Fisheries Legislation, subsequently amended in the Salmon Act 1986 and the Salmon Conservation (Scotland) Act 2001 and more recently amalgamated under the Salmon and Freshwater Fisheries (Consolidation) (Scotland) Act 2003. 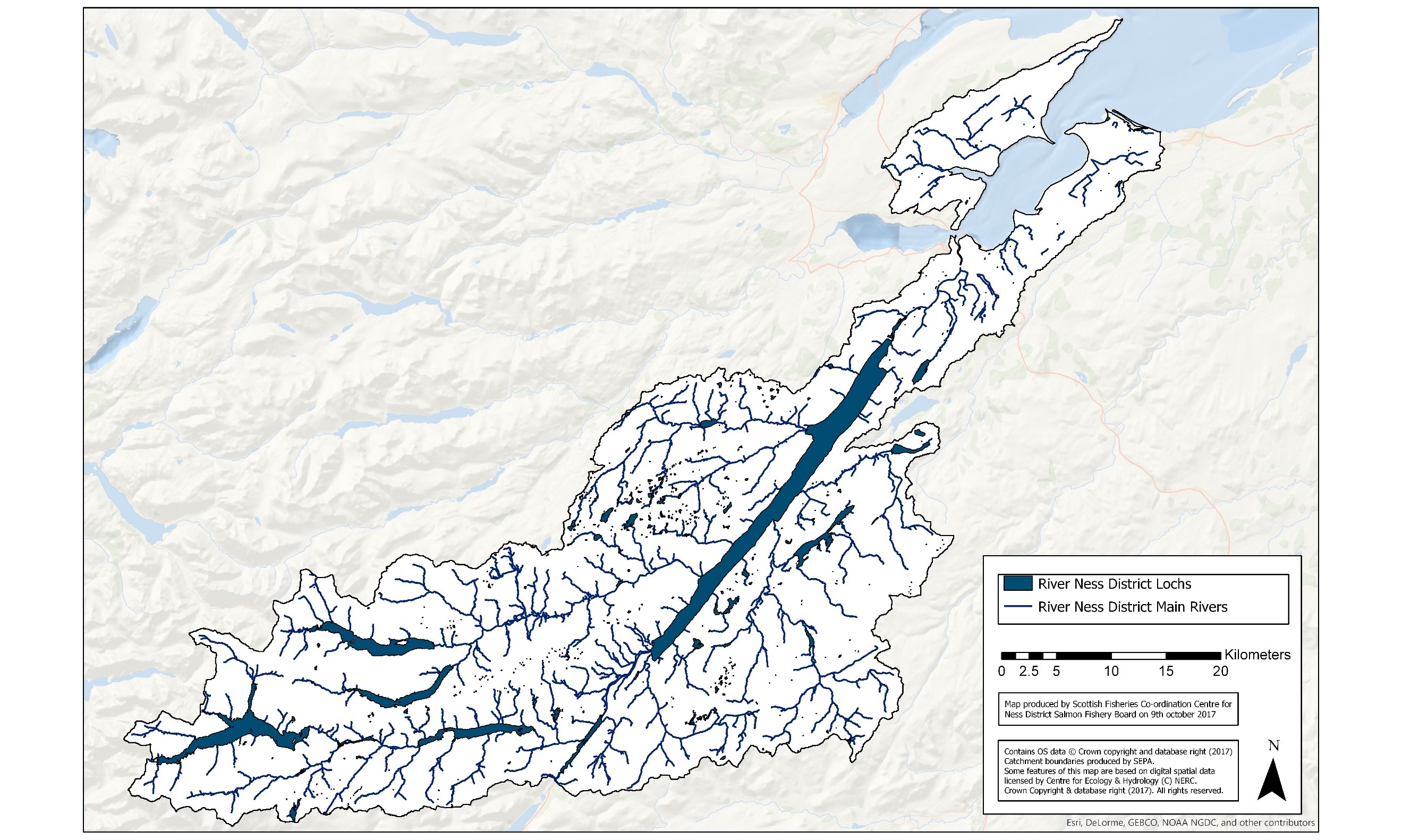 Salmon fishing rights in Scotland are private heritable titles that are registered separately from land. As such these titles can be bought and sold like any other property. In Scotland, the cost of the local administration, protection and improvement of the fisheries is privately financed by the proprietors.

The District Boards finance their work by levying a rate on the salmon fishery owners in the district. Elected representatives of those owners provide the core of the membership of the Board. However, since 1986, the boards are required also to include representatives of salmon anglers and salmon nets-men in the district. A further revision to the constitution of the Boards was made in 1999 to allow for even wider representation on the boards by other parties who may have an interest or stake in salmon stocks or fisheries.

The powers and duties of a DSFB are summarised below: